Steamboat Ski and Bike Kare has been a facet of the community for over twenty years.  What started off as one man’s dream has evolved to become the epicenter for ski and bike gear in Steamboat Springs.  The store started off as a tiny shop over on 11th Street.  It now has arguably the best location in downtown Steamboat, and on the mountain.  The efforts of Mike Parra (co-owner) to push Harry Martin (co-owner) to dream bigger sparked new business opportunities for the duo.

Back when the store was on 11th Street, Ski and Bike Kare had a cult following.  There was a small customer base and it was hard for Harry to attract new customers due to the Store's location.  Growth over the years was slow but steady.  The customers that Ski and Bike Kare did acquire became loyal very fast. Customer service has always been the main focus for Harry. Treating customers right is the first step of any successful business, as many customers of Ski and Bike Kare can attest. There is a reason that customers have been going to Harry for boot work every year since the store’s original opening.  Unfortunately, with a location on the edge of town it was hard to prove to anyone other than locals that Ski and Bike Kare was the best shop in town... that is, until Mike Parra came into the picture.

Mike came to Steamboat around 2001. His plan was to become a ski instructor and live the Steamboat life style.  He got his family settled and enrolled his son Josh into Winter Sports Club. Anticipating life as a ski bum, he ordered all the gear required. Unfortunately, a key piece of equipment would not be arriving in time for his son to begin skiing.  The ski boots that he had ordered for his son were behind schedule and would not be delivered until after winter sports club had officially started. Desperate to find boots before snow hit, Mike searched around Steamboat for a good boot fitter. Through word of mouth he happened to find Harry at Steamboat Ski and Bike Kare.  After fitting Josh with the proper pair of boots, Mike attempted to pay Harry, but Harry refused the money. Harry didn’t think it fair for Mike to have to buy two pairs of ski boots, so he insisted that Mike pay after he had returned the first pair of boots. Fortunately for Harry, Mike showed up after he had returned the boots and paid for the new ones.

A few weeks later and a few days before starting his new job as a ski instructor, fate struck Mike. Literally days into his first ski season as a local, Mike broke his leg. Unable to work and unable to ski with his family, Mike became bored out of his mind. He is the type of person who likes to keep busy, but his broken leg kept him fairly restricted. He remembered how friendly Harry was and decided to hangout at Ski and Bike Kare for a day. This became routine and he was there almost every day while in his cast. The two hit it off and became very close friends. After watching Harry work with his loyal customers and familiarizing himself on the all of the ski gear in the shop, Mike decided he would work for Harry. He wanted to learn more about the business and hang out more with his new friend.

After working in the shop for a little over a year, Mike couldn’t stand it anymore. He thought Harry was the most friendly business owner he had ever met. Why did he have so few customers when he was so deserving of running a business that could reach more people? Mike decided that Harry needed to expand his horizons and focus on a bigger goal; he believed it was an injustice that someone with such excellent customer service couldn’t reach a bigger audience.

Harry, on the other hand, was content with the current growth of the store. He knew that he wanted to open another location, but this required working with a good partner. He had different business relationships in the past, none of which worked out very well. He was on the hunt for a new partner when he met Mike. After moving to Colorado from New Jersey, Harry dreamed of becoming a ski-bum. He worked in a few different ski shops in Steamboat and in Jackson Hole, WY. Soon after being promoted from rental tech, to boot fitter, to manager, his new goal was to own his own ski shop. He did not dream of building a huge brand, he simply wanted to run a business while spending as much time on the mountain as possible. Luckily for Mike he was easily persuaded. “If you had a better location, you could reach more customers,” Mike would preach.

After two ski seasons spent together, the pair finally agreed to become partners. Mike became co-owner shortly after the mountain’s closing day in 2003. They spent the spring planning, and in the summer of 2003 they bought land and began construction of the new Ski and Bike Kare. This new location moved the business six blocks into town and directly onto Lincoln Avenue. The grand opening was on June 28th, 2004. After that the business grew steadily. All of the store's previous customers had room to stretch out, and for the first time since its opening, Ski and Bike Kare saw consistent foot traffic. 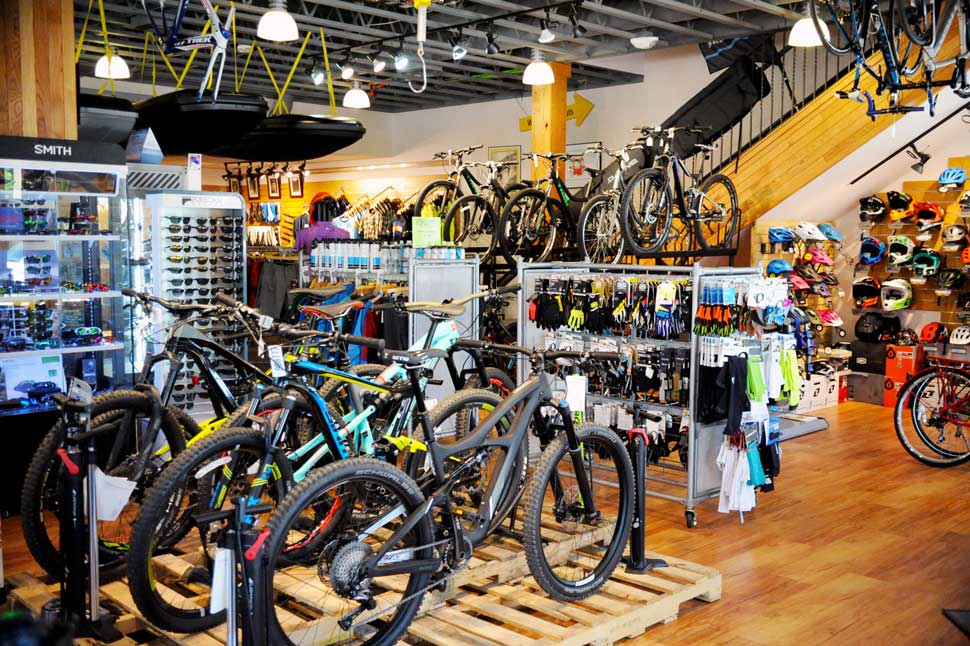